Analysing the wide world of law with algorithms

Analysing the wide world of law with algorithms

Lawyers are often seen as ‘bookworms’, who are not averse to combing through the literature. But searching through ten thousand court rulings for the one that is most relevant can be too much for even the hungriest bookworm. The pilot project Web of Laws is therefore working to develop tools that quickly filter the relevant rulings for lawyers—with FAIR data use and open science as important anchors.

Sitting in front of his floor-to-ceiling bookcases, you might think that Prof. Gijs van Dijck is a ‘traditional’ lawyer. But then you haven’t yet heard him talk about his work—the collaboration with knowledge engineers and other data specialists, with whom he wants to make the wide world of law accessible to as many people as possible—also to non-lawyers, or the “lawyers who chose this field for a reason” or, in other words, have little affinity for technology.

Tools to help you see beyond what is currently possible

“As a lawyer, you are always looking for relevant rulings to substantiate your arguments, for example. At the moment, you don’t have many advanced search engines for this. You can read handbooks in which authorities have made a selection for you and of course you can think associatively yourself. But that is all limited in scale”, says Gijs van Dijck. “For example, you are inclined to look mainly at the highest court, so what happens at a lower level of jurisdiction often goes unseen and therefore cannot be used. That’s what tools like ours are going to solve.”

A network of rulings, better than in the books

The tools are based, among other things, on social network analysis, which can be used to analyse the communication behaviour of groups of people. Who talks to whom? Who is popular, who is on the periphery? If you enter all rulings and the references they make to the rulings of others into a system in the same way, what will emerge is a network with the most relevant rulings in a prominent place. “If you check it by comparing this analysis with the traditional literature, you see that they often filter the same rulings as relevant. So we can reproduce quite well what the literature does and sometimes we even improve on it; we uncover relevant rulings that are overlooked in the literature.”

And ideally, this data is FAIR…

The algorithm that he and his colleagues are trying to optimise is, of course, dependent on good data. “That’s where FAIR comes into play. Because we want our data not only to be of good quality, but also structured in such a way that the entire academic community understands it and maybe even the world beyond. We want to do everything according to the principles of FAIR; we see too much data that is only accessible to a certain research group. A colleague whose data you request access to says, ‘Come here, you can sit in front of our computer and view the data’. That’s not FAIR.”

…which is not necessarily open science

There are differences of opinion on what FAIR exactly is, as Van Dijck has already learned. “What exactly do you mean by ‘reusable’ and ‘combinable’? That you provide some code, or is there also a program that allows you to immediately start working with the data?” The pilot project is mainly about finding out what challenges are involved in the use of FAIR data—which, by the way, is different than ‘open science’. “As far as I’m concerned, that’s about making your research results publicly accessible. You can have something that’s FAIR but not open science because the results are behind a payment wall of a journal. And you can also have something that’s open science because the results are accessible to everyone but the data is not FAIR.”

Now for the recognition of the FAIR, open science researcher

In the Community for Data Driven Insights, he meets scientists from other disciplines who are also working on FAIR data. And whenever he can, he encourages PhD candidates to work with it. “You have to think from the beginning: ‘How can another researcher who wants to use my data do so?’. Awareness should spread like ripples expanding through water and universities could stimulate this by rewarding it—and I don’t mean with a pat on the back. FAIR takes more work and if you only pay researchers by the number of grants or publications, they won’t go to that extra trouble.” And that is what it comes down to in the end—researchers just have to start doing it. 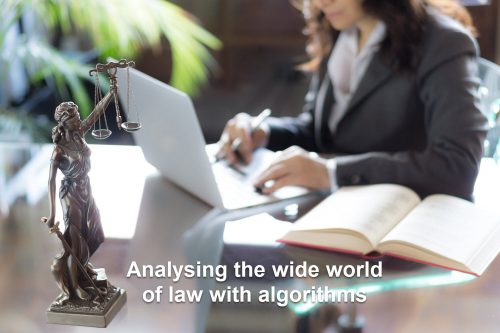 Join our Research Support Update and/or our dedicated Research Data Management mailing to receive updates about services, support, apps and tools, practices, training, and trends with a focus on research.

For questions or information, use this web form to contact a specialist.