Our current license agreement with Elsevier will be extended by six months.

Maastricht University students and researchers will have continued access to Elsevier articles behind a paywall (subscriptions) and UM researchers can publish their articles open access without extra costs (APC) in almost 400 Elsevier journals for another six months.

This is the result of the negotiations between the Association of Universities in the Netherlands (VSNU) and information analytics business Elsevier. These six months will be used to continue discussions. The VSNU continues to strive to secure commitment to 100% open access by 2020, as set out in the National Open Science Plan.

During the meetings between VSNU and Elsevier, topics discussed have included open science, how a new licensing agreement contributes to an aspired future open science infrastructure for the Netherlands, and the implications of Plan S. Extending the current agreement by six months will enable the continuation of these discussions.

The current agreement  with Elsevier is set to expire on 31 December 2018. During the six-month extension, access will continue under existing terms. Elsevier and VSNU will also continue their gold OA pilot, broadening this to include additional open access journals. Further details on the current agreement can be found in the Open Access section of this website and on OpenAccess.nl.

Agreements about subscription fees for academic journals are made with academic publishers on behalf of all Dutch universities. The VSNU is currently negotiating with these publishers on the universities’ behalf. The universities are only willing to renew the subscription agreements on the provision that publishers accept 100% open access. During the next six months, the VSNU and Elsevier will continue their negotiations in the joined hope that a future-proof contract will be concluded. The VSNU will report any new developments as soon as they arise. 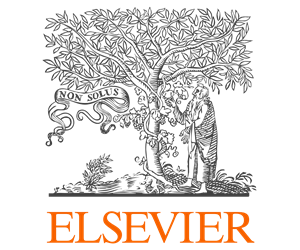 Subscribe to the Library Update or the monthly Library+ Research newsletter and we ensure that you are aware of new services, support, apps and tools, training, and trends with a focus on library-related support and services.