After a successful crowdfunding campaign the University Library recently purchased the ‘Minervalia’. From May to July we exhibited this very early Maastricht print in Bookstore Dominicanen for the people from Maastricht and visitors to the city. Until 31 October UM staff, students and others holding a UMcard can admire this gem. Location: Parlour room Inner City Library.

The ‘Minervalia, In quibus scientiae praeconium …‘ from composer and priest Jean Guyot is a small book of great value. Printed in 1554 by Maastricht’s first printer Jacob Baethen, it is one of the oldest books printed in Maastricht, of which only five copies are known worldwide. It is also the oldest Maastricht-printed comedy, showing readers about the in a humorous way the victory of science and study over stupidity and ignorance. This ode to the goddess Minerva has lost none of its relevance in today’s society, in which short-term feelings are rashly satisfied with trite words that feel instinctively right. In fact, it is more relevant than ever.

The work is peppered with quotes from classical and early modern authors with the aim of drawing humanity out of the “dark Middle Ages” by teaching them science, knowledge and expertise. Erasmus’s essay In Praise of Folly is quoted, itself a satire of ignorance. It is a true Renaissance work. This also shows in the beautiful, modern typography with which the printer deviates from the hitherto prevalent font in Northern Europe. Finally, it provides insight into the musical knowledge of the Limburg region during the sixteenth century.

The University Fund Limburg / SWOL and the University Library exhibit the book by having it travel around the region and promote its use in education and research at Maastricht University. Interested? Contact Odin Essers via Ask your Librarian.

You have successfully subscribed. Watch your mailbox for a confirmation. 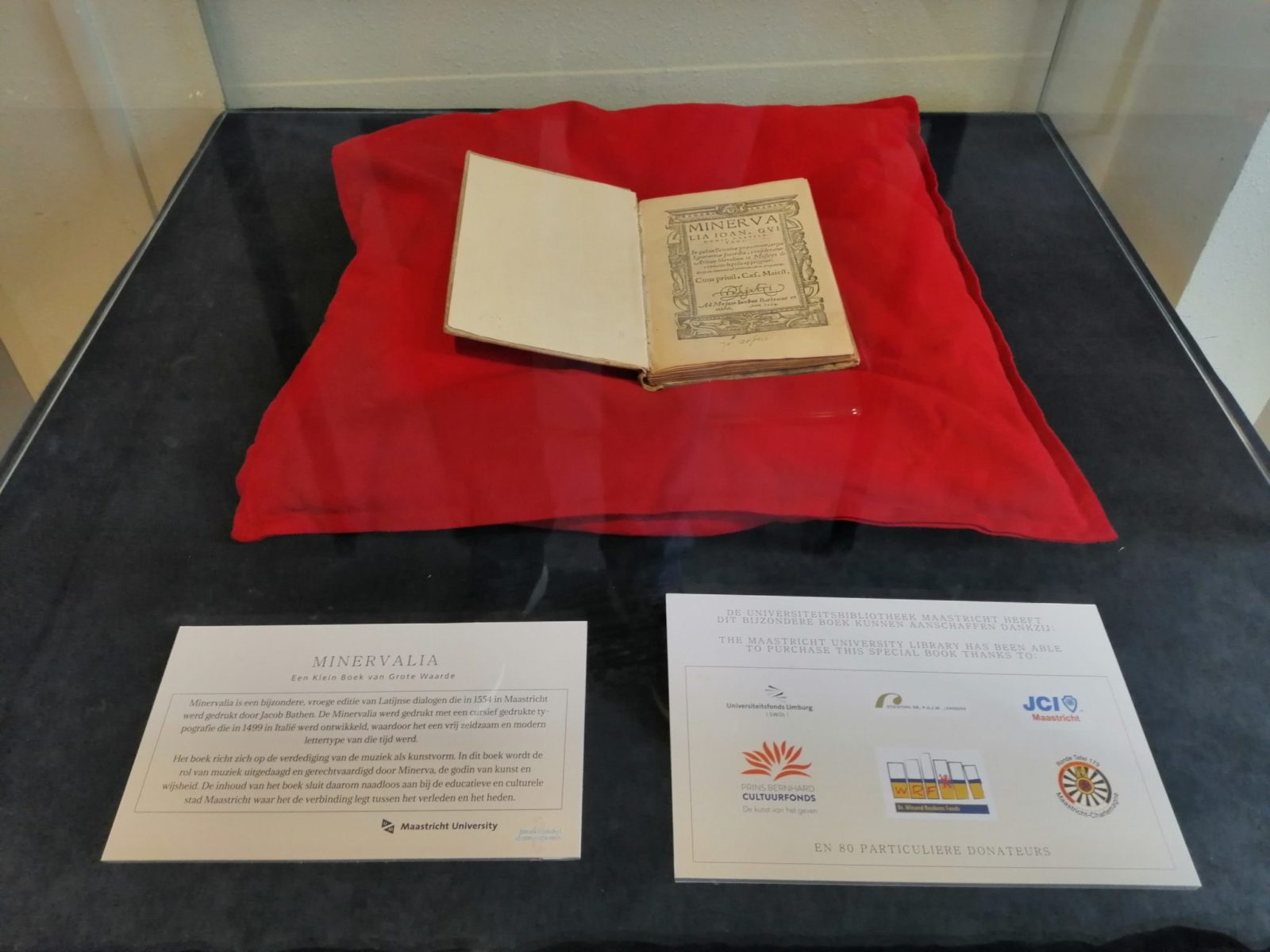