Due to the 500th birth year of Andreas Vesalius,  an exhibition is held in the Inner City Library of the Maastricht University from 1 December until 13 February. You can visit and see our special collection of Vesalius and other artists and anatomist for free during the Inner City Library opening hours, at Grote Looiersstraat 17.

Art & anatomy,  dissecting the dead in order to depict the living

Physicians and artists have always shared a fascination with the human body. Galen, Aristotle, Leonardo da Vinci, Michelangelo, Andreas Vesalius, Philip Verheyen, Bartholomeus Eustachius… They dissected the dead in order to depict the living. The meeting of artist and anatomists around the dissecting table has focused on the act of drawing as well as explication of the body. Nevertheless, they both worked to preserve the life but an artist could even revive the dead. This idea took on particularly witty form in Renaissance Anatomy with books for a wide audience and with the first monumental apogee of the work of Vesalius in the mid-sixteenth century. This special category of imagery continued well into the 19th century.

Old realities of body and soul fallen to pieces

Vesalius was born exactly 500 years ago and became an anatomist, physician and author of the one of the most influential books on human anatomy, De Humani Corporis Fabrica (1543) which he dedicated to Charles V. He was not only referred to as “the founder of modern human anatomy”. Compared to his predecessor, Galen, Vesalius considered hands-on direct observation the only reliable resource. This was a huge break with medieval practice. Furthermore has De Fabrica its great and lasting appeal in its remarkable illustrations by the Flemish artist Jan Stefan Van Kalker, who worked in Titan’s studio in Venice. The author and artist shared the same thought: a picture that could embody an idea. By this, the Galen’s image of man had been permanently dismembered. This old realities of body and soul that had fallen to pieces between 16th-20th century can been seen in the exposition. 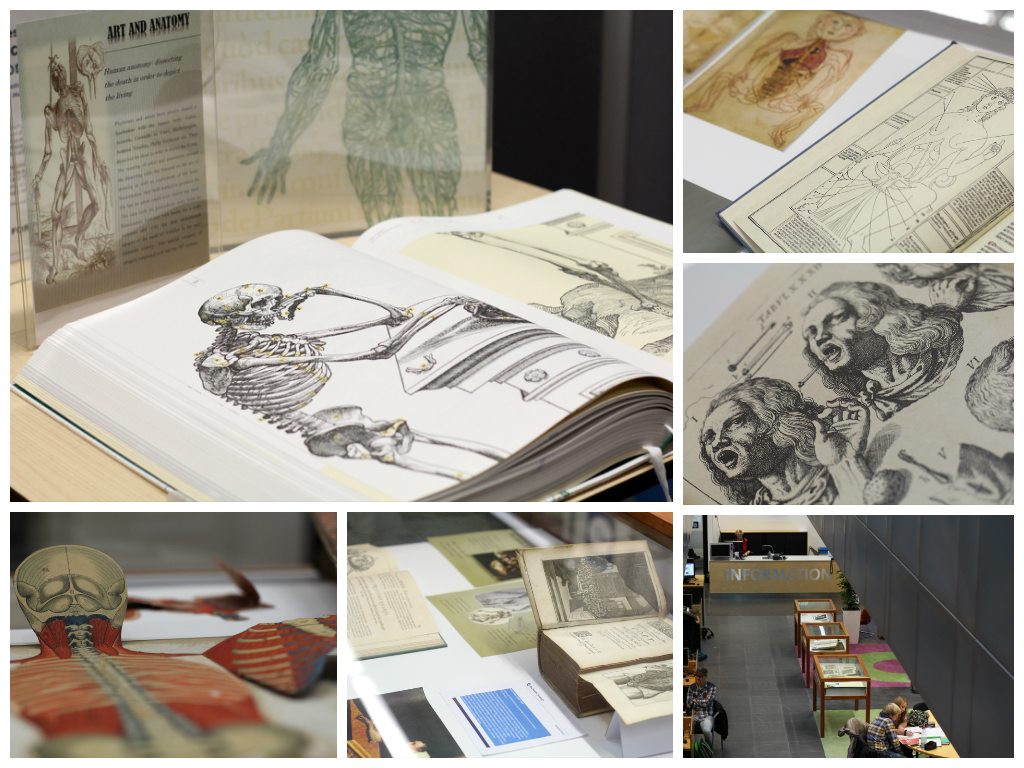